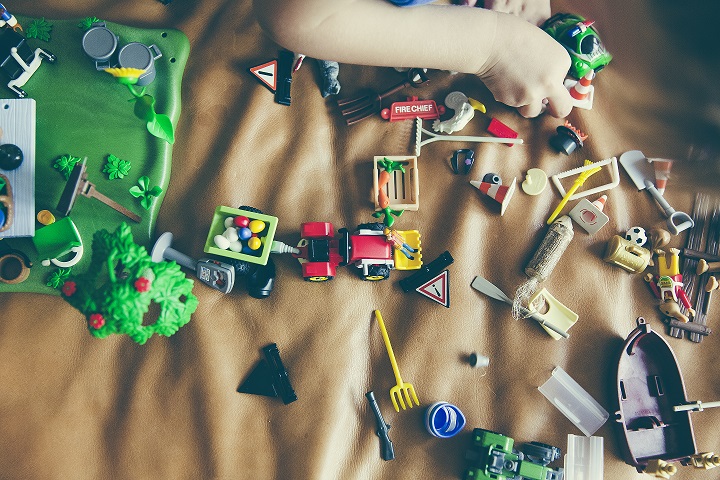 Playing as a key factor for agility in companies

Observing small children, kittens or puppies we can see that free playing is a way that highly developed creatures discover the world for themselves and learn how to interact with their environment without pressure. Even the hundredth repetition of the same action during free play is neither annoying nor boring. It serves to refine the skills that they have just learned.

Gerald Huether stated about play in his Weimar lecture on March 8, 2015: “It allows animals and even human beings to try out what is possible.” Playing sets our potential free in an easy way. Playing is not only useful for our own development, but also for the development of the world, for evolution.

Groundbreaking inventions and innovations are usually made during free, unregulated play – be it in the form of experiments or even in the form of letting your mind roam freely.

Although playing and experimenting is of crucial importance for our personal development as well as for evolution and is innate to us as a basic human tool, it has apparently lost its importance in our modern culture and civilization. This probably happened by making two basic assumptions:

If you reflect deeply you will discover these two basic assumptions somewhere in your system. The problem is that these two basic assumptions seduce us into behaving in a particular way which stands in the way of our own development. At a certain point we stop playing freely and if we still play as adults our intention is, to win the game. This enormously limits the power and the possibilities connected with playing. It is as if we have a high performance tool on our tool belt and don’t use it because we believe it is a useless toy.

However, playing is a natural, innate ability to develop and evolve, which we can also use as adults.

When exactly do we stop playing?

Normally the start of school time is the end of free play. From this point our life time is divided into working/school time and leisure time. Playing, which originally represents a form of learning, gets reduced to a useless leisure activity that just serves to relax and which you can afford only as a child. But as soon as the “seriousness of life” begins, play time is over. Playing is too chaotic and non-linear, the results are still too volatile. For that reason playing has been labelled as not efficient enough by our logical-rational, industrial world and has been replaced by standardized and regulated ways of learning. Life is not a game, after all, and we must be prepared for that fact as early as possible.

In the past this may have worked reasonably. But in a world in which the speed of change is rising exponentially, this regulated, standardized learning could lead to the extinction of the human species, since it means that we are developing far too slow.

Due to the degradation of playing this naturally inherent impulse became an unconscious action of human beings. This means that we still live our playing instinct but we are not aware of it. So playing becomes a preferred food for the shadow part in us – the Gremlin. Instead of consciously playing we start to play unconscious games – so called “I win – you lose” games. In this kind of game we try to achieve a personal benefit by winning the game while others lose. This benefit is primarily based on satisfaction and honor, but it can also be quite specific in obtaining resources such as money, power, status, being right, etc. In that way the intention of playing, originally used for learning, development and evolution, has been perverted to compete for personal gain. There are winners and losers. And if you look closely you surely will find out that this kind of game is the most popular unconscious game in the world – people play it, companies play it, nations play it. Our entire economic system is based on this game!

Unfortunately there is no development and evolution playing this game. Instead it leads to exploiting each other and our planet and fighting wars – be it in large or small ways.

It is time that we take playing back from the subconscious and re-integrate it in our lives – even as adults. Here is a comparison of the traditional perspective on playing and a possible new perspective:

However, adopting the alternative perspective would mean that we consider free playing once again as a useful learning tool. What would the school of the future which relies on this principle look like? Perhaps teachers would be conscious space holders for the free playing of their students? And what could children learn in that case, instead of having more facts put into their heads?

And it would mean that we do not stop using play as a conscious development opportunity as adults, even at work. If we do not play at work we will hold back a large part of our potential. Instead, if we wanted to change or develop something we would simply invite a few people (or call in a meeting) and would go together on an expedition, experiment with different options and invent new approaches.

If you, for example, wanted to improve your relationship with your business partner, you might just suggest a real time role playing to your team. One person would take the role of your partner, you start a conversation with him/her with the other team members giving you ongoing feedback and coaching. If you wanted to have more customers, you would perhaps experiment with some situations – at the trade fair, at a networking event, at a conference – and thus try to address strangers and tell them about your service. You would find out very quickly what works and what does not work.

A consciously held playing space gives us the opportunity to try a variety of options without negative consequences. In this space making mistakes is allowed – even wanted. It is a common co-creation space, in which all members give themselves in the service of the individual and of evolution. And it’s also fun to create playfully together. In this kind of conscious game it makes no sense to cheat – because there are no winners or losers. This game is called WINNING HAPPENING!