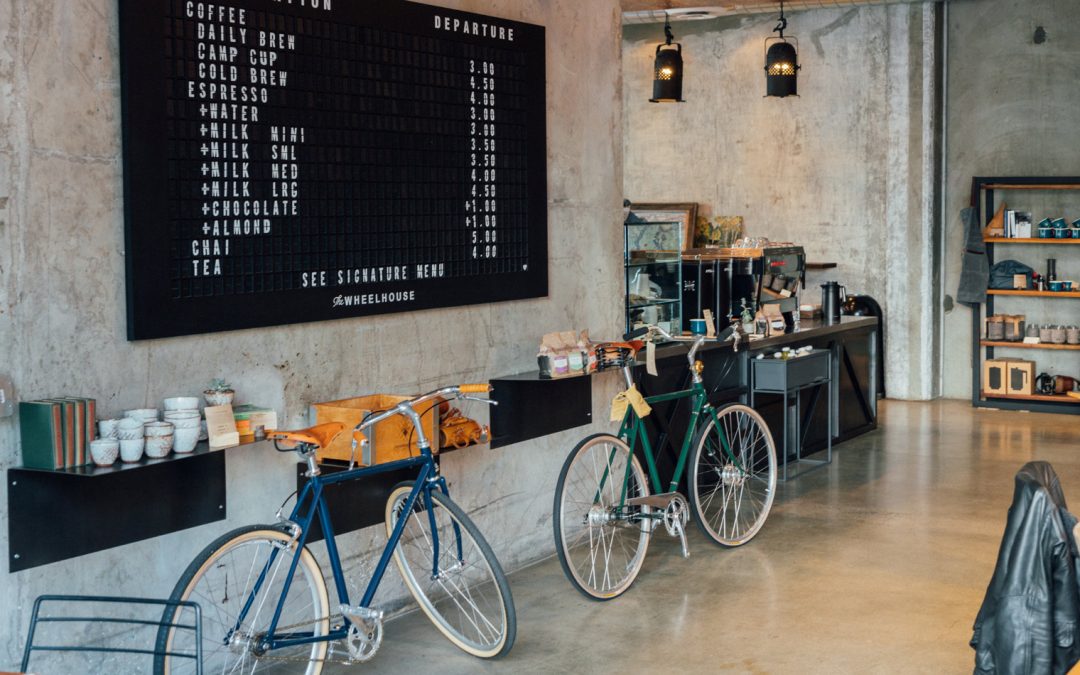 Within the scope of the New Work Movement there is a topic that keeps popping up and brings up a question: How is it possible, to change a long time established hierarchical structure in a company and pave the way for a new kind of working and collaboration? Oftentimes people try to get new results in the known context which turns out to be difficult. Have you ever tried to get new results without actually changing your behavior or thinking patterns? Almost everybody has tried this at least once. However, the experience shows that this procedure doesn’t work. Yet, although they should know it better, people keep trying it. To put it in the words of Albert Einstein: „The purest form of insanity is to leave everything as it is and hope at the same time that something will change.”

The context determines what is possible

How is it possible then to get new results? In order to really get new results, it is essential to shift into a new context, which is no longer based on the usual behavior, the usual perspectives and the known conditions. Generally, the prevailing context determines what is possible. It is therefore important to use a new context in order to develop a new culture at least rudimentary so that the known cultural context in a company can become obsolete.

The question that comes up next is: Which culture – based on the context – prevails in the company?

Most employees are used to company cultures that are based on hierarchies that work top down. The original purpose of the classical, hierarchical structure was to reduce complexity and create seeming security through control. The better processes and employees could be controlled – according to one of the hitherto assumptions – the better the company goals and results can be managed. This worked to a certain degree in the past. The problem today is that we live in a highly complex world that changes ever faster. The attempt to manage the increasing complexity using formerly known hierarchical structures more and more turns out to be a dead end.

Complexity is the opposite of complicacy

When transferring this definition to the business world – most of the company structures are highly complex – this would mean that it is essential to use the complexity itself and support a collaboration and braiding of talents so that the qualities of each employee and the processes can fit together.

However, many people connect complexity with complicacy. Yet complexity is the opposite of complicacy. Only when you try to understand complexity and control it with known hierarchical structures, it becomes complicated.

A new possibility could be to not try to reduce complexity, but reduce complicacy. This is an approach that originates in a different context than the ordinary one. And exactly this requires a courageous skill that contradicts the usual business behavior. To reduce complicacy and use the complexity it is necessary that you are able to stand in and hold the not knowing.

To act out of not knowing means to actually have no idea how something goes. This aspect itself seems to be completely absurd, because in modern business life the focus is very much on control and security. The annual figures, the profit, the market share, everything is well planned. A manager who does not have answers to questions, abdicates controlling the employees and has no idea how a project is going to develop will soon be regarded as unprofessional and unfit to plead. So far it was actually absolutely necessary to have things under control, to know how things work, not take too much of a risk and be professional at any time.

However, these aspects contradict evolution and thus the establishment of a new working culture. Evolution does not work with control, security, net and double bottom. Or did you think that the first sailors knew beforehand how their trip would go when they headed for the horizon in order to see, whether they would really drop off the flat Earth with their ship or whether the Earth would turn out to be round? Pioneers are ready to not know. People with the vision of a different kind of working serving both people and the Earth is possible, are ready to go first without knowing how it goes. In that case the vision is more important than “looking good” and be liked and accepted by everybody.

Evolution comes out of not knowing. What does this exactly mean? If you have a brilliant, innovative idea how a new form of collaboration could work then you don’t have to know yet how to realize it. It is not necessary to write down the milestones in a project plan beforehand, know all details or know how the idea or project would develop. Instead it is important that you commit to the vision. The decision and commitment come first. The rest will develop by itself step by step. The maxim is: “Trust the Process!”.

Yet, to be able to stand in not knowing, there is also another important aspect: You have to be familiar with your fear and perceive it as neutral energy and information. With the belief that fear is negative and unprofessional, you will not leave your comfort zone and thus probably not ask necessary, dangerous questions, point out to drawbacks, try crazy ideas and realize your vision of a new way of working. Do you need courage to go forward? Yes, certainly! However, you might want to consider the following:

Courage is not the lack of fear. Courage is the decision that something else is more important than fear.

Here is a specific example of the company Gutmann Aluminium Draht GmbH in Weissenburg, Germany (GAD) that went exactly this way:

The transformation at GAD started (after a long, intensive preparation time) in 2015 with Paul Habbel being the CEO. He revolutionized the organization stepwise, after the employees of the company had the movie “my great working place” and had commonly decided that they wanted to work as shown in the movie. They were inspired by the picture of a new company and working culture. During a Day of Cultural Change, which the company sets up regularly and invites interested companies that want to learn from the Gutmann example, Paul Habbel shared: „We had no idea how it goes. We still have no idea today. The only thing we can do is do one step after the other and see what works and what doesn’t work. Well at GAD a lot of things work by now in the sense of New Work, for example this:

At GAD the now knowing and the feeling of fear is used to be creative, be innovative, create extraordinary, groundbreaking ideas, step into and research in new territory, be attentive (especially with regard to how the employees are doing in this change process), concentrate, be curious, be precise, ask dangerous questions, make mistakes and learn from them, go nonlinear, improvise and anticipate dangers or risks. Motivated employees, less work accidents and especially a considerably reduced incidence rate while turnovers are rising prove the success of this New Work procedure at GAD.

GAD uses the variety of the complexity in order to create a new order in the company; an order where the focus is on collaboration and communication on eye level. Already by its definition complexity includes natural hierarchy or natural order, because everything is connected to everything and interweaves. The fact that totally new – for one or the other person probably crazy – ideas are developed and realized at GAD and thus the way for a new culture paved, inspires the employees more and more. Is this transformation process easy? No, not at all! Such a process includes a lot of step stones. Creating a new context and thus establishing a new culture can be a real challenge, especially for employees who like to have their defined tasks and prefer to not leave their comfort zone. It is therefore even more important to constantly pay close attention to how the employees are doing during the change process. Nevertheless, one thing is for sure: Culture eats structure for breakfast. As soon as the employees are inspired by the vision of a new culture and ready to head into this direction, the former hierarchical structures start collapsing. Culture is stronger than structure. Still it is important that there a visionaries and pioneers in a company, who commit to set the frame and hold space for such a transformation. Are you ready to make this commitment? In which kind of company culture would you like to work and live?