The problem with the works council 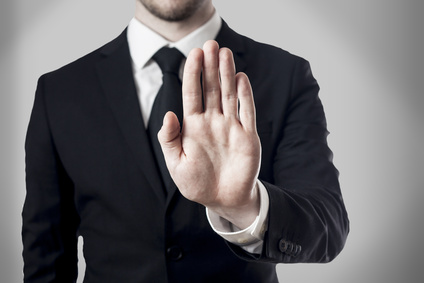 When Robin Hood becomes an enemy of evolution

The following distinction might help to understand the ordinary interaction between employer, employee and works council.

Hierarchical systems are based on an irresponsible game called Low Drama

Stephen Karpman, a student of Eric Berne, the inventor of transaction analysis, found out that most of the interactions between human beings are based on a game with 3 main players – victim, persecutor and rescuer. Switch on TV and you will see it. We play it in living rooms, as well as in office floors, in national politics as well as on a global level. There is always the bad one, the villain, being responsible for everything – the poor and innocent victim, which has to suffer the villain – and the bright good guy, helping the victim. Does this sound familiar to you? In Possibility Management we call this game Low Drama.

This is the game that is mainly played in hierarchical companies. It is not a game on eye level! And now try to guess who is the typical persecutor, the typical victim and the typical rescuer within the company context? I consciously say typical, because in this game everyone can play every role at any time.

In hierarchical systems this constellation and this game is inherent in the system – in other words it is part of the software. The employer or the manager has always a higher status than the employee – and also the works council. Even when one player decides to not play that game anymore, it will be incredibly difficult to play a different, more responsible game, because the context does not allow it. It is the hierarchical context after all that makes a rescuer (works council) necessary in the game.

Why is this game irresponsible? It is because none of the players are acting in a responsible way and also the results are irresponsible. In transaction analysis there are different EGO States from which human interaction can happen. There is the child ego state, the adult ego state and the parents ego state, which is divided in the critical parent and the caring parent.

When the works council becomes the persecutor

The problem with Low Drama is that nothing really changes during Low Drama. There are no solutions but only more expectations, accusations, mistrust and defence of the own position. It is also usual during Low Drama to switch roles, so that the victim or also the rescuer become the persecutor and the former persecutor becomes the victim, in need of a new rescuer. This is happening for example, when the works council tries by any means to stop a development project, which was set up to support the employees. The original intention to give employees a voice to communicate on eye level with the employer, in this case has been perverted into a power game, producing procrastination and standstill and bringing harm to everyone involved.

Sometimes there are also employees, who worked a long time for the company, being member of the works council and using their position to take revenge for all the past wrong that has been done to them (in the victim role) by throwing a spanner in the works as often as they can. In that case the employer – the new victim – tries to find a new rescuer, for example an external consultant or lawyer. And so on …

The key: the adult, responsible organization

It is not my intention to denounce the works council or employers, but to make the game conscious that we usually play within hierarchical organizations, unconsciously, just because it is part of the software, the context. To abolish the works council, cannot be the solution to make a shift, because another rescuer will step into the breach to keep the game running. Also to abolish hierarchy will not work, as long as we don’t know how to play a different game. A real shift is only possible when the organization and all the members of the organization grow up step by step and together commit to playing a different game than Low Drama. It is not a change process but a transformation process including the transformation of the context! This transformation process contains two levels:

Approach 1 regards personnel development and approach 2 regards organizational development. Both must go hand in hand, so that a sustainable transformation for the common good can be achieved. Actually this is not about you and your company. This is part of a global cultural evolution inventing new forms of organizations and new forms of working together.

Which game do you want to play in the future?